What's worse than not being talked about?

Why it’s better to write your own brand narrative rather than leave it to the trolls...

Word on the silent streets is that Bottega Veneta has left social media. If you’re unfamiliar, Bottega Veneta is a luxury fashion house. Social media is home to some of the best and worst of society.

One theory, as eloquated in Harper’s Bazaar, is that Creative Director Daniel Lee has simply grown tired of the online world. Thanks to his stunning reinvention of the brand, celebrities and influencers are lining up to buy and share photos - all of their own accord. So, in theory, “the label may not need to market itself at all when other accounts are doing such a good job of it.”

If this is the case, then their departure is not unheard of. Lush famously announced a rather messy divorce from social media in 2019 - citing ‘irreconcilable differences’ with the algorithms at play. Although it did give off a little #NotLikeOtherBrands energy, it did raise a few interesting questions about the validity of social media for brands. Namely, is a dedicated brand account essential for success?

By having its own presence, a brand can steer and shape their narrative. I think of other luxury fashion houses who have used this to their advantage. Hermes, for example, has seen the success of influencer marketing, both paid for and earned. The worst kept secret in fashion is that it’s notoriously difficult to get your hands on a bag from them. So we watch in wonder as influencers like Patricia Bright unbox them for us on YouTube. But if left solely to influencer marketing, this strange custom may seem elitist (I mean, it still does feel a little ‘you can’t sit with us’). But if we look at the Hermes Instagram account, we see that they have created a strict but strange, whimsical world that seems to have arbitrary but intriguing rules. Suddenly the conversation isn’t about gatekeeping, it’s more about whimsy. That’s something that could protect them in a changing landscape.

I can say the same for Gucci; famously one of the first luxury brands to embrace digital media. And since then, celebrities and influencers have embraced them with crocheted arms. If I’m honest, I sometimes struggle to tell the difference between Gucci’s account and Harry Styles’ (a notable muse of the brand). But this is a testament to the strength of the narrative they have created. And as with all good narratives, they are strengthened further by dialogue. In November, Tik Tok taught us that ‘everything you need in order to look like a Gucci model straight off Alessandro Michele's runway is probably already in your closet.’ Tik Tokers dressed themselves in shower caps and turtlenecks, cheekily lampooning the Gucci aesthetic. Again, it’s a luxury brand being talked about without any input from the main account. But if left to Tik Tok, it may have become merely a mockery. Instead, Gucci opened up a conversation, resharing the posts and reclaiming the narrative.

It does seem likely that Bottega Veneta will not eschew social media forever. Vogue astutely spotted that they’re hiring a social media manager. But it does feel like the beginning of a cautionary tale. Yes brands can be talked about, and no they don’t always need to pay for it. But we never want to get to the stage of needing to change the conversation about us, or worse, asking people ‘hey, do you even remember who we are?’.

Ultimately, if a brand uses social media to create an interesting enough narrative for themselves, influencers will continue to want their chapter of the story. But more importantly, any sequels will be as good as the original. 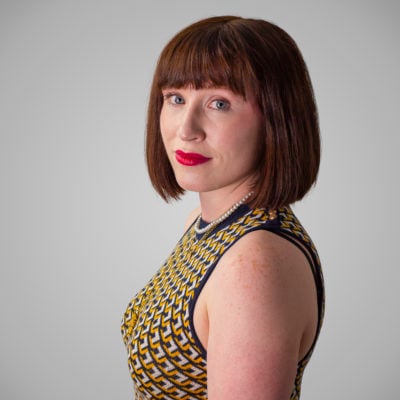