Photo by Matthew Brodeur on Unsplash

The most absurd things ever said to me in advertising

Leith copywriter, Colin Montgomery, takes a trip down memory lane to document the incomprehensible, the inane and the downright invidious.

It’s not a bad job, advertising. Especially the creative bit. You get to come up with ideas. You get paid reasonably well. You get a whole bunch of perks. Given all of that, you might think the bitter charge sheet you’re about to read can be filed under ‘First World problems’. I care not, it has to be done. These are actual words uttered by actual people in actual advertising agencies. Names have been omitted to protect the guilty.

“They (the clients) pay our wages.”

No they don’t. The agency pays our wages. To think otherwise is to basically tape a sign saying: “beeaattch” to your forehead. Worse than that, it’s to be an unthinking drone who does not value the idea of an agency being a strategic partner staffed by smart people. As opposed to a Mr Minute shoe and key-cutting concession. A particular account handler used to say this to me all the time at one agency I worked for. She emigrated.

A cousin of the above. Money is of course important. Agencies can’t function without it. But last time I looked, we were judged by what we produce as opposed to our latest mini-statement. Profit is the stuff that’s left after we’ve done the job well, not the sole motive. To make it so is to fall foul of the most ridiculous short-termism. The sort of thing that has, quite justifiably, given capitalism a bad name of late. I’ll see you on the barricades.

I’ve worked with some people who fetishized the idea of struggle. Sun Tzu’s ‘The Art of War’ and all that. Greatness through conflict. It was utter rot. This is advertising, not ‘Nam. Sub-standard Kurtz speeches are never a substitute for an understanding of what it is to work, cheek by jowl, with other people — with all of the quirks, differences and compromises that entails. To wilfully stoke enmity as a means to an end is sociopathic.

“It could be an award-winner.”

A common refrain in creative departments over the years. Usually from people who know there’s more chance of East Stirling beating Barcelona than an award emerging from whatever wreckage of a brief they’re touting. I had it said to me when I was given a leaflet to do. Genuinely. In that sense it’s patronising. But it’s also setting people up to fail and distancing yourself from that when it happens. Not everything wins awards.

“Just change it for now, we can cover all the options.”

Advertising is a balancing act between different objectives: the creative objective, the agency objective and the client objective. If a job goes perfectly, they converge. But it doesn’t always happen. That’s when you might hear this zinger. Lying shamelessly to strong-arm a change to a piece of work that you know will never be changed back, because you want to reach your own objective at the expense of others. Very poor show.

“Can you just write a quick rationale?”

Caveat: in principle, I have no issues with rationales. Or writing them for that matter. They have their place. But that place isn’t doing the job of spoon-feeding marketing executives who should be able to understand rudimentary reasoning behind any creative decision. Explaining a core concept/creative strategy at the outset of a brief? Cool. Explaining why we gave that Christmas ad a snowy background? Sorry. Totally farcical.

“Failure is not an option.” (sometimes expressed as… “We need to pull out all the stops with this one.”)

It sounds like a bad line from a shit submarine film starring Vin Diesel (with a wee cameo from Chuck Norris). But no, these words were once said to me by a fellow creative who happened to outrank me. What kind of arse uses that language? Yes, failure is not an option — but it IS a possibility. The irony is that implying we would actively choose to fail in order to incentivise us not to fail is in itself a colossal failure…of logic.

So, there we have it. Not so much a magnificent seven as a lamentable seven. I’m sure that list could just grow and grow. You’ll no doubt have your own examples of absurd utterances. I’m not going to invite a contribution — it would be too painful for all. Maybe you can make peace with them in your own way. 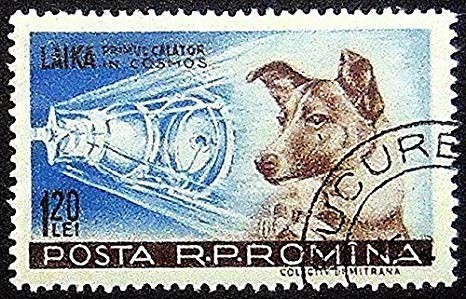