Some food for thought from Ellis McKenzie on why being the underdog can sometimes work in your favour.

Last week, there was a freak car crash at a McDonald’s drive thru in Leeds. Spoiler alert, no one was hurt.

I was somewhat bemused to find out that the driver had merely “lost control of the vehicle”, so my brain filled in the blanks with some wild speculation to satisfy my curiosity:

Mother takes insolent child to retail park. Insolent child demands McDonalds as reparation for being dragged through TK Maxx. Mother refuses. Child takes the wheel and makes a sharp left to the drive thru, resulting in disaster.

The driver simply needed McDonalds that badly, which is cracking (albeit unorthodox) publicity for any brand.

It was an inside job by McDonalds’ arch-nemesis Burger King, who have yet to claim responsibility for the attack.

Whilst the first two theories were extremely probable, the third couldn’t possibly be true. Burger King wouldn’t stoop to such basic levels of depravity. With the exception of their oddly sentimental Tweet last month, Burger King are renowned for their next level trolling of McDonalds (oh, and Yeezy, who could forget).

But I feel like before I go any further, we have to address the obvious, right? McDonalds is bigger. Way bigger. They make mucho mucho mas dinero. Comparing McDonalds to Burger King is like comparing Coke to Pepsi. Batman to Robin. Kylie to Dannii. But, like our Irn-Bru ad declares: it was Ron, not Harry who got with Hermione. So perhaps being the small fry (in global, multibillion dollar terms) has its advantages? If David was to take on Goliath in the advertising arena, who would win?

It goes without saying that McDonalds has a strong brand image – it is an iconic, worldwide name. It’s in every location from Gorgie Road to Guantanamo Bay. It’s been the subject of documentaries. It helped Travis Birkenstock achieve his record 38 tardies in Clueless. But in the UK, I find their frequent attempts to promote that they are in touch with environmental and health concerns eye-rollingly tiresome.

For example, “only 100% chicken breast” might sound promising. But where do said breasts come from? Are they from happy little organic chickens, roaming the picturesque countryside here in the UK? Or are they banged up abroad with the KFC inmates? The answer? It’s a McMystery!

And then there’s the carrot sticks. Instead of chips. Again, good in theory, but what kid is seriously lining up to eagerly swap their fries for pre-packed veg? Even in the McDonalds Christmas ads, the kids pawn them off to the reindeer.

But, credit where credit’s due: other approaches by McDonalds have felt more genuine, such as the invisible workers ad and wedding guests tactically filling up on cheeseburgers and McNuggets before the ceremony. I’m also a sucker for the beautiful simplicity of the “Iconic Stacks” campaign. However, it proves that not even exemplary art direction can make a Fillet-o-Fish appear appetising.

Despite what you might think, I’m not opposed to the product itself. I’m the first to admit that I love eating McDonalds. It’s no secret that the universal appeal is its artificial deliciousness. As Simon Hopkinson and Lindsey Bareham perfectly summed up in The Prawn Cocktail Years:

“the McDonalds hamburger is highly addictive. The bun is ersatz and sweet, the meat is hardly your specialist chopped steak, the cheese is as far away from farmhouse Cheddar as you can get and the pickle and ketchup are, well… just pickle and ketchup. However, the combination of all these components results in something so tasty that we are all hooked.”

We know McDonalds tastes good, we know it’s not particularly nutritious, but we love it regardless. It would obviously be taboo for McDonalds to roll out ads depicting them revelling in their greasy glory, but do they really expect consumers to lap up shots of their alleged farmers strolling through their alleged fields with their alleged cows? It’s the fast-food equivalent of Shrek and Donkey rocking up to Fairy Godmother HQ: initially greeted with a quaint cottage, only to find it backs on to a gargantuan, concrete, smoke spewing factory.

If McDonalds puts a foot wrong, who cares? It’s more award fodder for Burger King. Had your European Big Mac license revoked? No worries! Let’s make some mild-mannered Swedes order burgers from a new-fangled menu. Ronald McDonald got the sack? Make him jump out at customers Candyman-style in the disabled loo. McDonalds like pumping preservatives into their burgers? Let’s make a mouldy Whopper and break the internet!

And speaking of breaking the internet, it might have been three years ago (and therefore fifteen years ago in ad land time), but the equally impactful Google Home of The Whopper ad was another example of using that elusive combination of a straightforward yet brilliant idea to have both consumers and the industry shooketh.

Interestingly, I can’t remember the last time I had a Burger King, but it would be apparent that I love their ads. I had a McDonalds two days ago, and I think their ads are generally pish. What does that tell you? That there is something to be said for brand loyalty vs the effectiveness of advertising on sales? Or that my love for great ads may be strong, but my undeniable love for a McChicken sandwich is infinitely stronger?

What I’m trying to say is that, when it comes to advertising and brands, being the biggest isn’t necessarily always best. Being the underdog gives you more leverage to bend the rules and, in the case of the aforementioned mouldy Whopper, smash them to pieces entirely.

Let’s remind ourselves that it’s what Leith is best at - championing the underdog. We love to go on about how back in the 80s we famously set up shop in an infamous postcode, almost 400 miles from the clutches of the big smoke. Fast forward over 30 years and we’re still breaking the rules and challenging the status quo. I appreciate that it’s a challenge to get pumped up when there’s a global pandemic on and you’re hunched over a laptop at your kitchen table, but let’s be mouldy Whoppers. Or better yet, be Ginger and Proud. Or a Giant Dinosaur Kebab. Be weird. Be proud. Be bold. 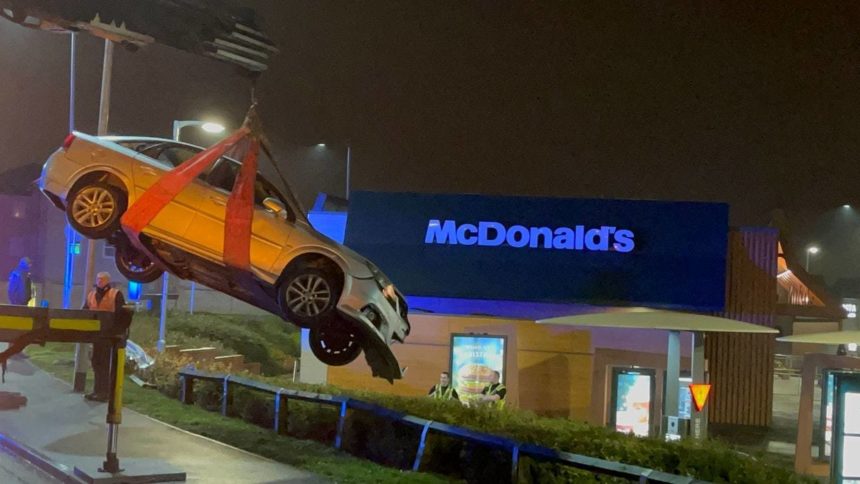 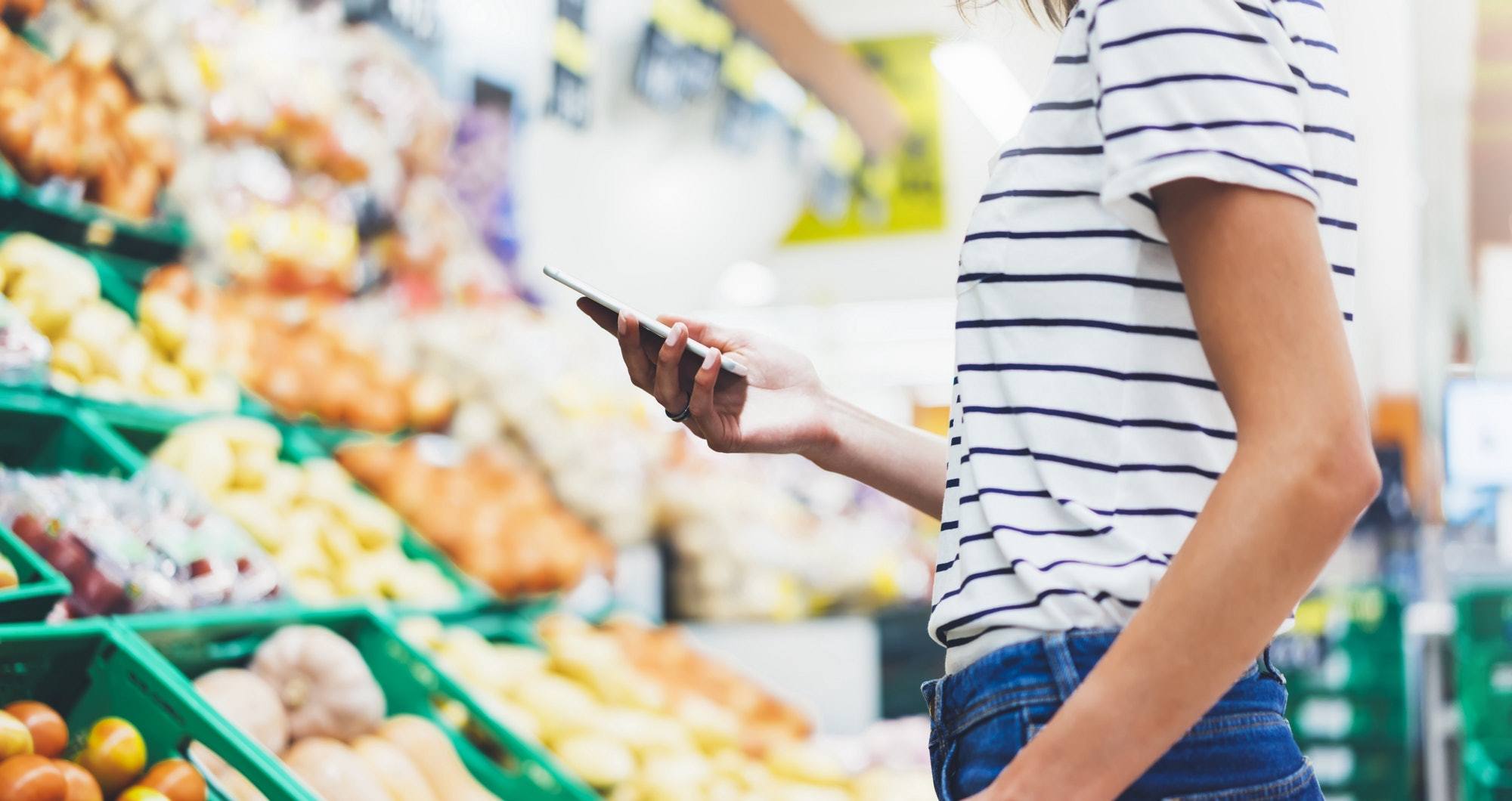