Leith planner Thea shared 4 tips for helping people connect with nature, based on the Scottish Government’s ‘Clear Your Head’ campaign.

As mental Health Awareness Week comes to a close, the Scottish Government is carrying on the good work with the launch of the 7th wave of its Clear Your Head campaign.

Initiated within days of the first lockdown in March 2020, the campaign has sought to normalize the emotional highs and lows people were experiencing through the evolving course of the pandemic, and offer simple tips on things people could do to feel more able to cope.

From the outset, the Clear Your Head campaign has had a strong emphasis on ‘connecting with nature’ – the theme of this year’s mental health awareness week. Recent figures show one in 3 people who engaged with tips on the campaign website explored ways to be outside and spend time in nature.

So here are 4 things we’ve learnt at Leith from 14 months experience delivering this campaign message during the evolving pandemic situation.

Connecting with nature is usually talked about in terms of green (leafy) and blue (waterside) spaces. And this is grand if you’re doing activity around Mental Health Awareness Week in May – but trickier when you’re trying to get people to connect with nature during a cold, dark, Scottish winter.

So for the Clear Your Head activity in January 2021 we shifted from green and blue – to pink-orange. Specifically encouraging people to take a moment to notice the colours in the sky as the sun rises in the morning (and to get outside in morning light). This was based in scientific evidence showing exposure to morning light helps regulate and improve our sleep patterns during the darkest days of winter. And the links between sleep and mental health are well known.

Focusing on the morning sky also helped us to avoid inadvertently widening inequalities around mental health and access to nature. As we all know, not everyone has easy or safe access to blue and green spaces. But almost everyone has a window they see can see a bit of sky from. 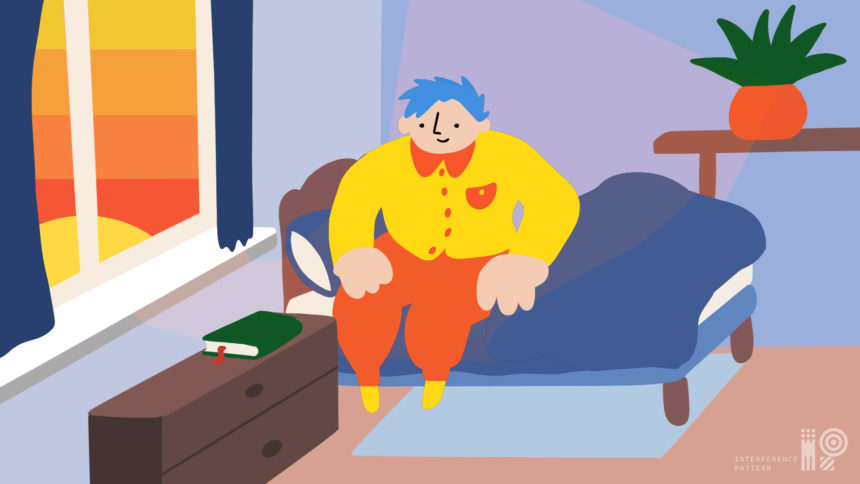 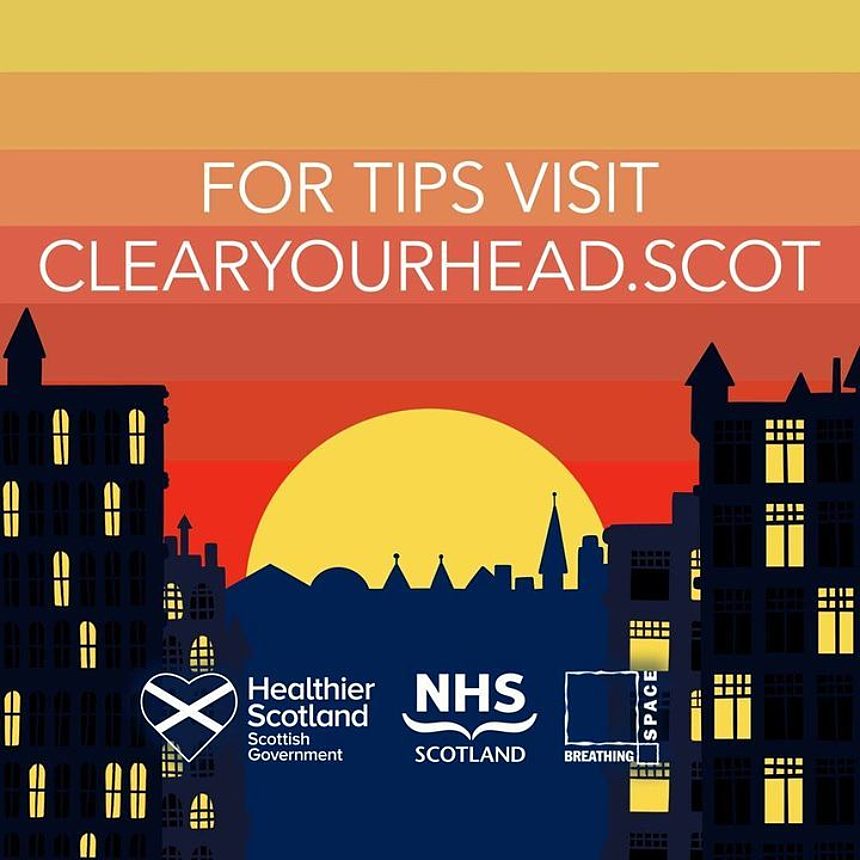 2. Getting people over the doorstep

A lot of communications around ‘connecting with nature’ focus on the end benefits – the positive feelings it can bring. But what we’ve found throughout the Clear Your Head campaign is that ‘selling the benefits’ isn’t always enough. During the coronavirus pandemic, many people who’d led busy, active lives up until March 2020 found themselves (for the first time in their lives) anxious about leaving their own home.

So a key focus of the Clear Your Head campaign has been giving people simple tips and tools to help them cope with feeling anxious or panicky when leaving home, and when out and about around other people.

In June 2020 (as the first lockdown began to ease) we focused on giving people simple breathing exercises they could try, if they felt anxious leaving home. And in the campaign launched this week (to coincide with Scotland moving into Level 2), the campaign focuses on tips to help people build up their confidence to start doing more things and seeing more people again. 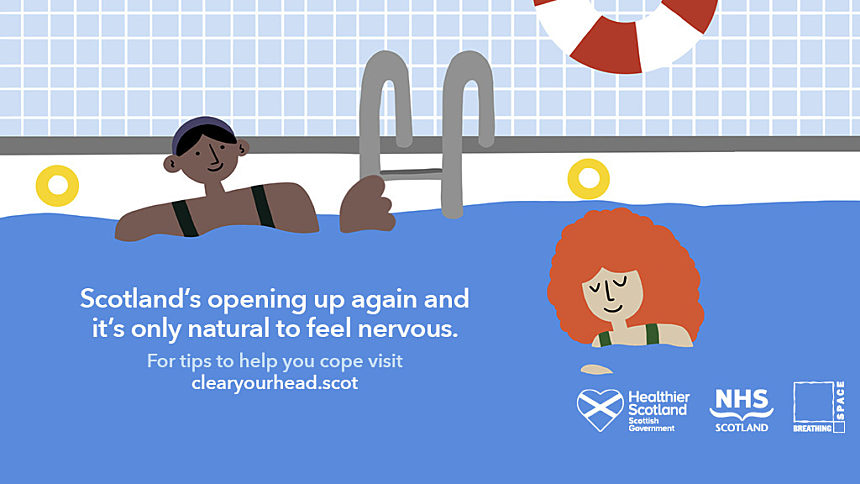 We also responded to insight from our ongoing focus groups that people felt unsure about the ‘new etiquette’ of interacting with other people when out for a walk. Did it look kind or rude if you moved away to leave maximum space on a footpath? Was it dangerous to say hello if you passed a fellow walker and didn’t have a mask on? These things sound small and silly, but with emotions running so high during the early months of the pandemic, one bad experience of feeling you’d accidentally alarmed someone (or even being shouted at angrily by someone with a different sense of ‘out-for-a-walk-etiquette’) was enough to put people off going outside.

So as welling as getting across the benefits of getting active outdoors and in nature – a recurring strand of the Clear Your Head campaign has been helping to establish new norms around etiquette.

For example, showing that leaving space is kind and courteous (not a sign of suspicion), and including an overt message that it’s still OK, (and nice!), to give a friendly hello or wave. 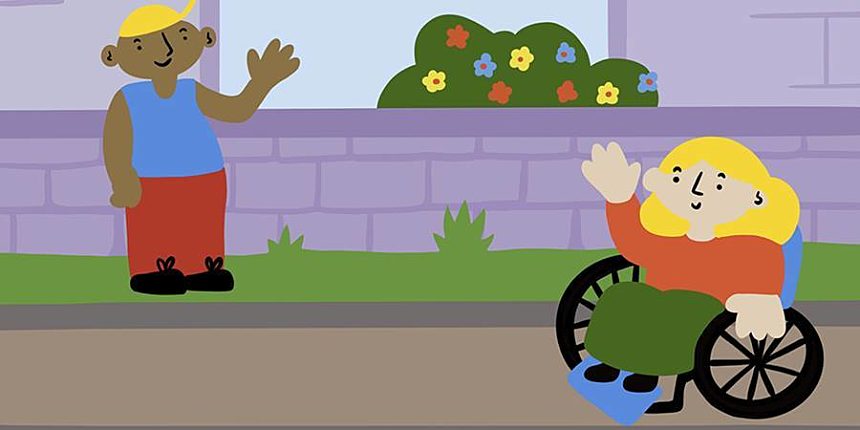 Our biggest priority with Clear Your Head was not, inadvertently, widening health (and mental health) inequalities in Scotland. We wanted to encourage people to get active outdoors, and spend time in nature, but we were acutely aware that not everyone has the same opportunities to do this.

(I was reminded of focus groups we did a few years ago on the topic of local playparks, where parents told us how they couldn’t use these green spaces because people were attaching raw meat to the swings to train their dogs for fighting – which is a world away from the wild-swimming, forest- bathing view of ‘connecting with nature’ that we often see during Mental Health Awareness Week).

So we worked on principle of finding the ‘smallest viable action’ for each tip we covered in the campaign. Putting crumbs out for birds in winter, noticing a butterfly, nurturing a house plant, watching the sun rise – focusing as much as possible on things people could do near home, for free, whether they live in a high-rise flat, or a Highland village. 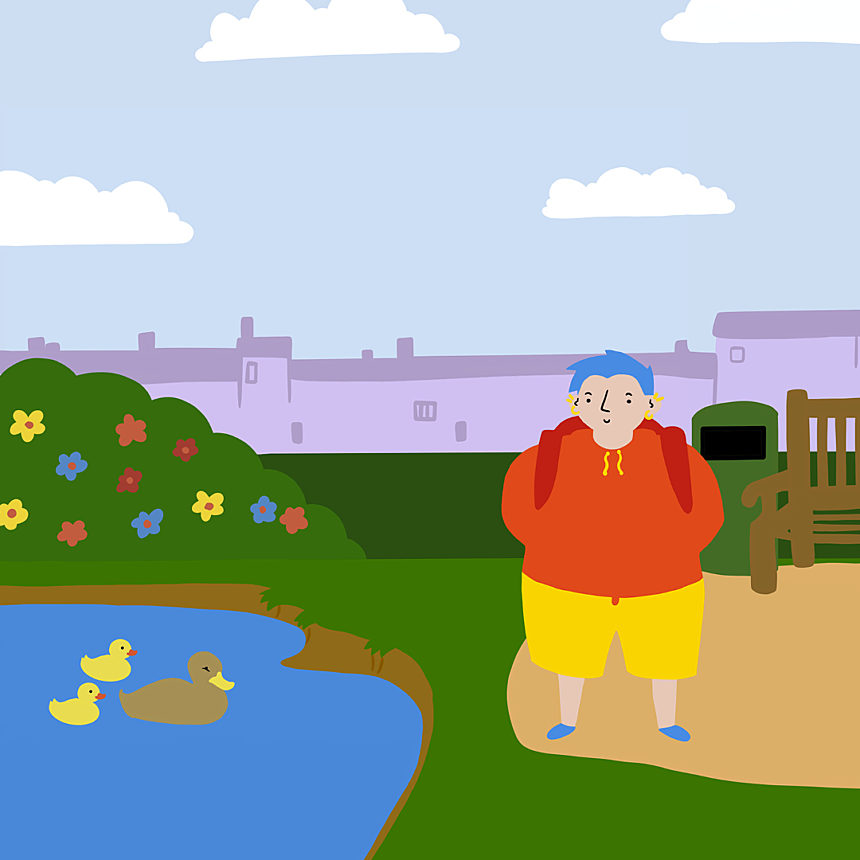 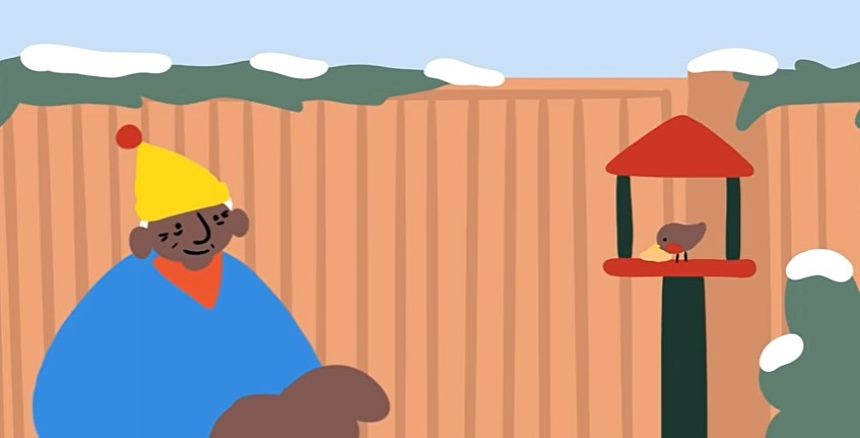 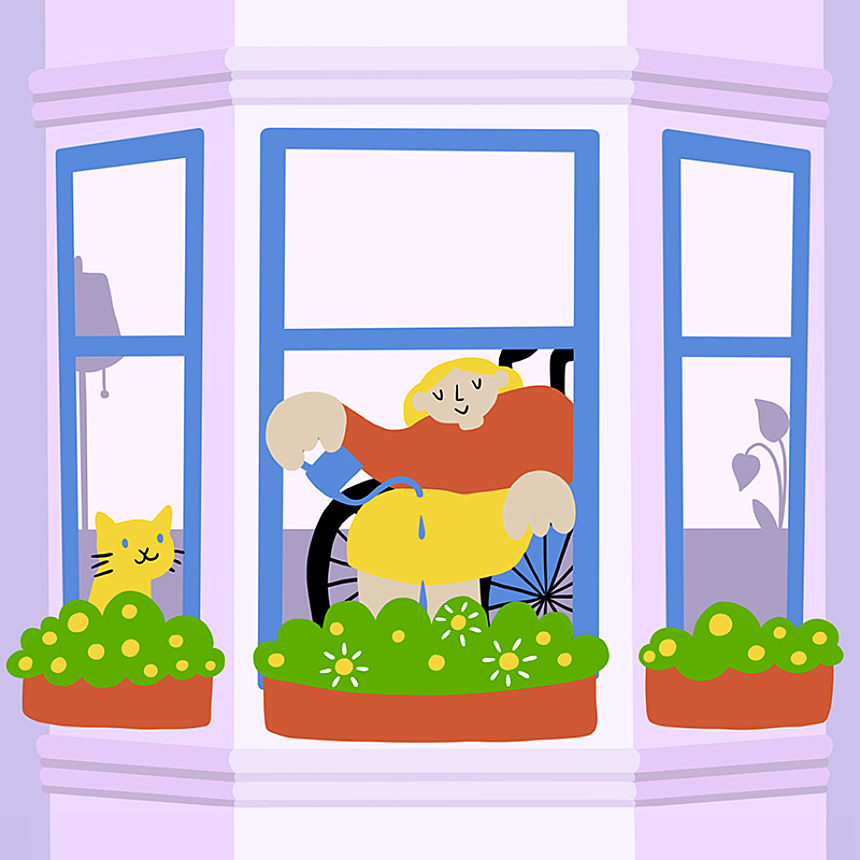 But, of course, the risk with such small actions is they come across as too small to be any use. Especially when so many people were experiencing grief, job loss, domestic abuse, and so many other terrible consequences of the pandemic.

So partnership work (by Leith Links) and PR (by Smarts) played a vital role in locating Clear Your Head within a bigger picture of support during the pandemic.

Campaign endorsement from organisations like Samaritans and SAMH helped show that Clear Your Head’s tips were not a poor sticky plaster over bigger issues – but a valuable way of helping people before they reach a crisis point. 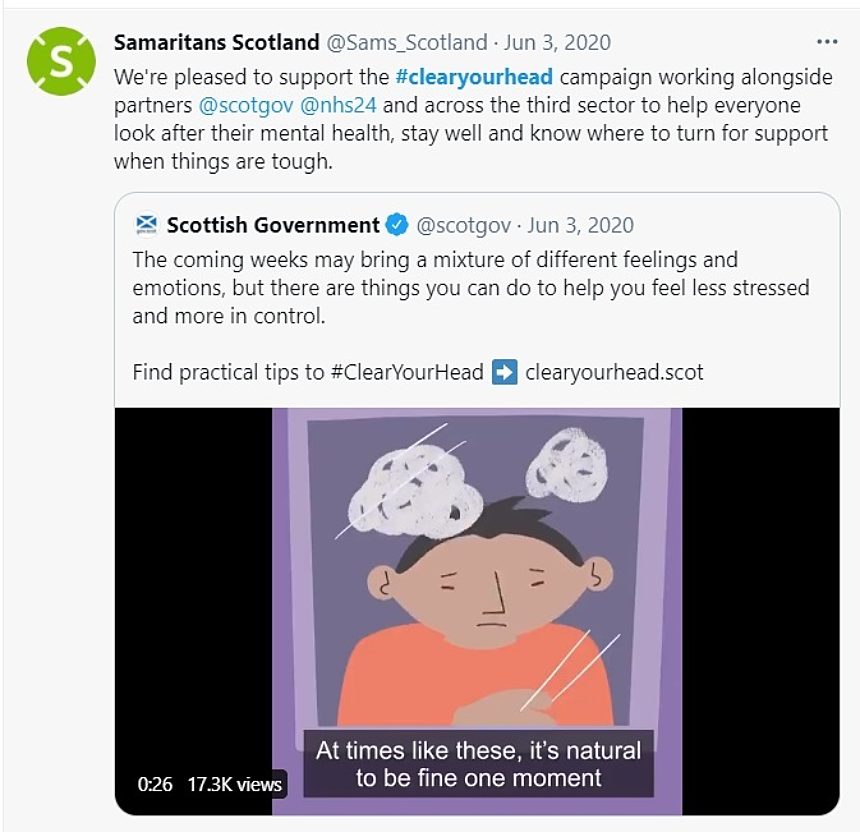 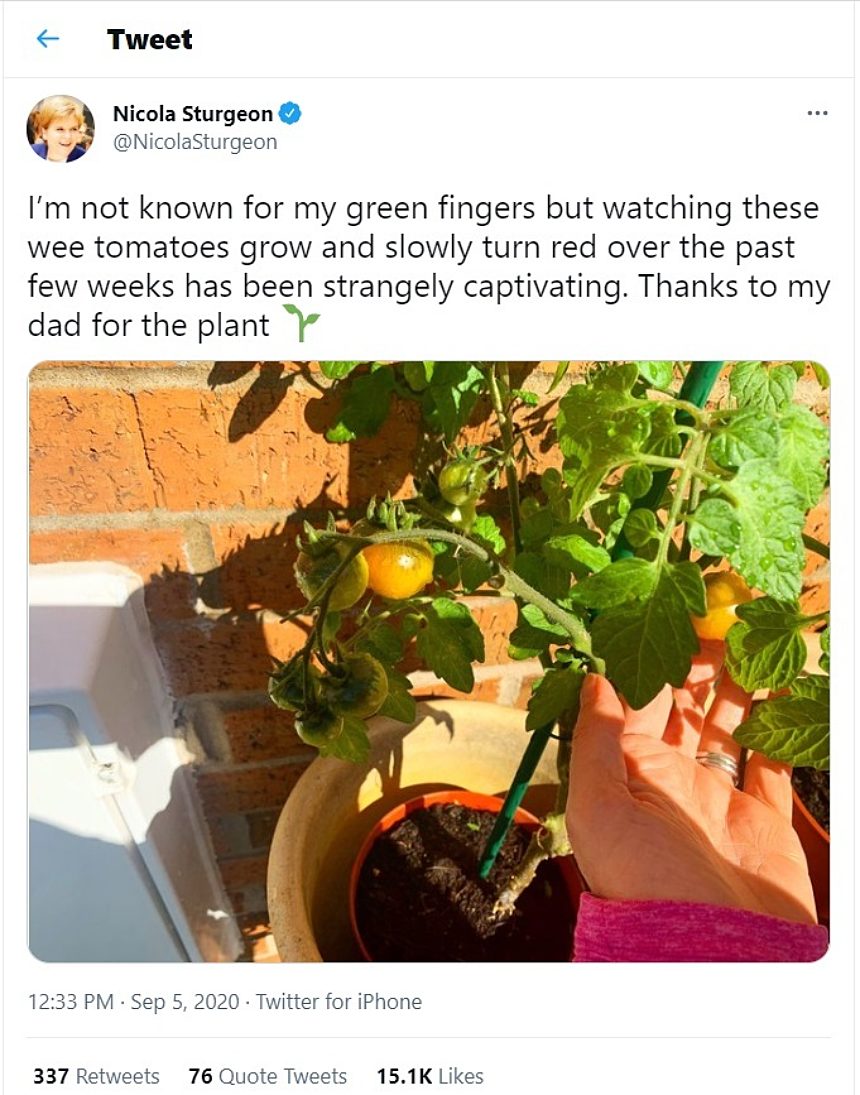 So if you’re coming up with ideas to help people connect with nature, maybe think about

- Can we think beyond green and blue spaces?

- How do we get people over the doorstep in the first place?

- How is covid changing our etiquette around others when out in nature?

- And how can you balance small actions with massive support?

If you’ve read all the way to the end – thank you! Now how about we all switch off our screens and pop outside for a bit? 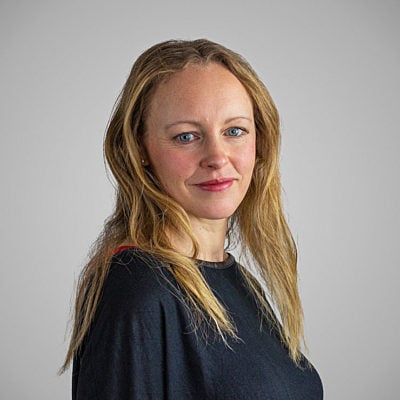 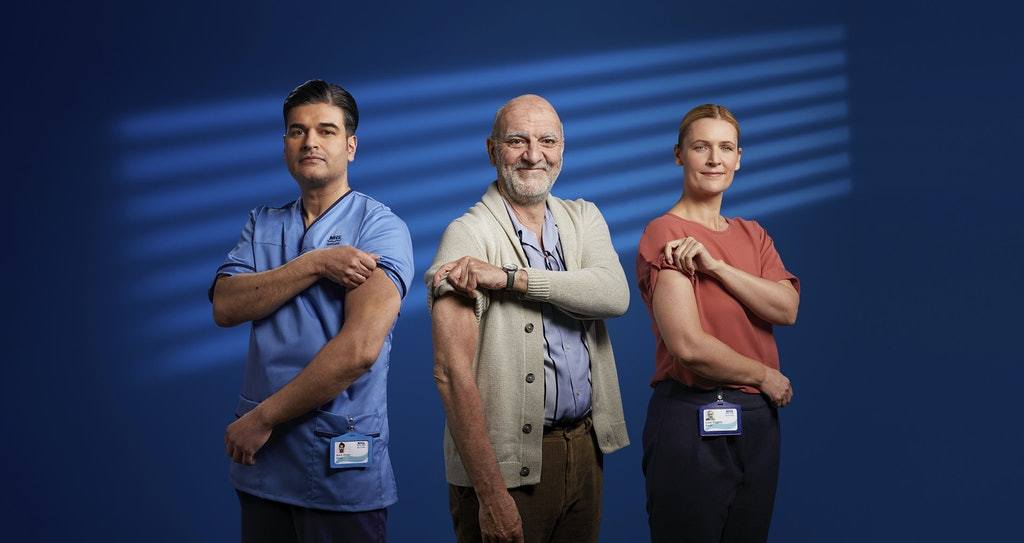